After a week spent sniffling, coughing and aching, we headed into the weekend on the mend. And oh, what lovely weekend it was.

The weekend festivities officially started on Thursday when our friend Caleb flew in from Colorado to surprise Matt and our friend Bryon with a visit. Matt was very confused when someone knocked on our door at 8:30 on Thursday night, as we had the kids in bed and were presumably settled in to watch that night's Sweet Sixteen games. He looked at me, and I couldn't help but smile since I was in on the surprise. He greeted Caleb with honest astonishment and a big hug. So much fun! The guys watched the basketball games that night at our house and then met at a sports bar to catch Friday night's games. Matt, still feeling a tad under the weather from our family cold, headed home at halftime of the Kentucky-Indiana game, which was fantastic. Caleb visiting was enough to buoy Matt's spirits but the way Kentucky played just put things over the top.

Then on Saturday afternoon it got even better: Aunt Ashley arrived! 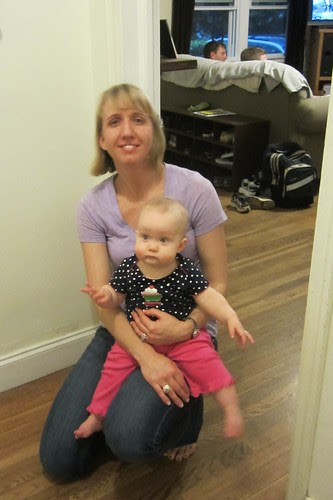 Not long after her arrival, we headed to the Boohers for dinner and basketball. We watched Louisville win a tight game over Florida. 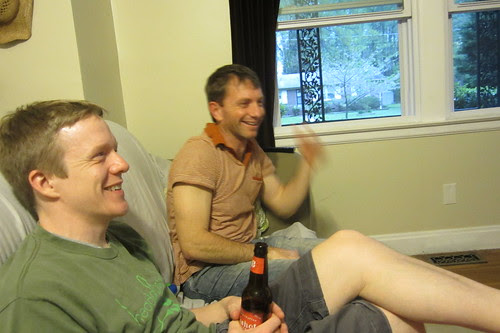 We admired the littlest of our crew, Hazel, who's almost three months old! 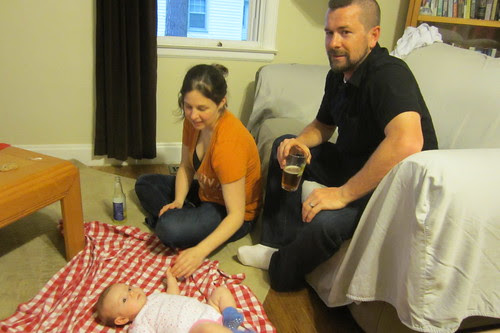 And Tobin, Evan and Miles played their own hoops, of course. 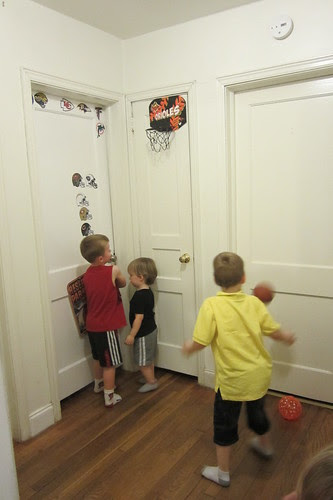 Saturday night brought some strong thunderstorms. That made for an especially lovely day Sunday as the rain washed away a lot of pollen and cooled off the temps. It felt like early spring! We enjoyed the morning at a local park where the kids played and Matt, Bryon and Caleb enjoyed some disc golf. 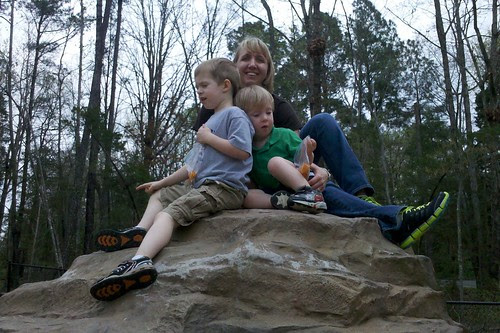 Then it was back to our house to watch Kentucky play Baylor for a chance to advance to the Final Four. Evan--who is rebounding well from his ear infection--woke up from his nap in time to catch the end of the game. Kentucky cruised to victory! And Caleb and Lauren got better acquainted. She like his cap, Duke logo notwithstanding. And his beard! 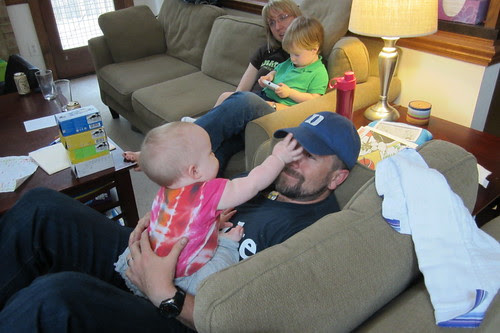 We said farewell to Caleb on Sunday but Ashley stayed with us most of Monday. Matt had a teacher work day so he got to sleep in a little and come home a little early. We mainly just relaxed, ate Matt's pimento cheese, played with the kids and ended our time together with supper at Chick-fil-A before Ash headed home to Atlanta.

Really the only bleak spot in a very bright weekend was UNC's loss to Kansas on Sunday. We were sad but Tobin took it in stride, saying something like, "At least we still have another team to cheer for." Indeed. Go Cats!
Posted by allison at 3:25 PM