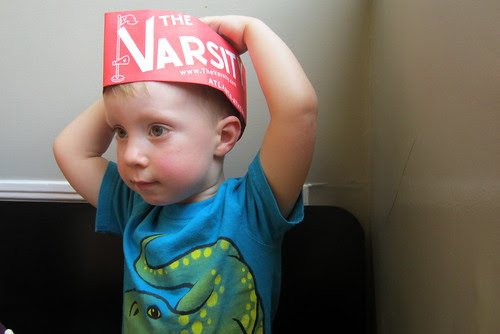 As we were for his first birthday, we're on a month-long road trip for Evan's third birthday. This means he gets to celebrate his birthday in Lake Charles with Mimi and Granpa, great aunts Louise and Bethany, Al and Melinda, and even Ashley and Donnie--who are set to arrive Saturday when we'll have his official party. Today was fun too with a birthday breakfast of his favorite coffee cake, lots of playing including time in the backyard inflatable pool and a trip out to get frozen yogurt. He went to bed tired and, though he whined a little bit, I'd guess he was pretty happy too. 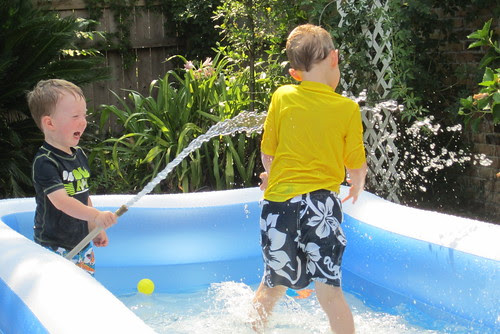 Life is moving quickly for Evan these days. Six weeks into potty training, he's got the hang of it. After our Florida trip, we switched him to wearing underwear (instead of pull-ups) during the day and he went from several accidents his first two days to suddenly going accident-free after that. He did a similar abrupt acceleration with riding his bike. One day he was hardly able to pedal and steer at the same time and then two days later he was actually riding loops around the park. 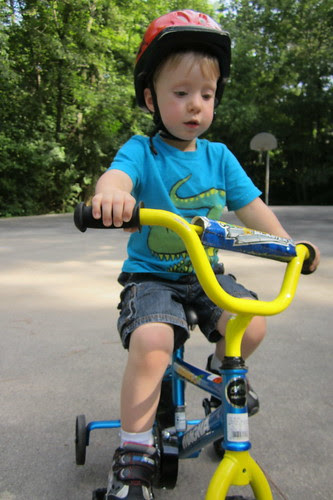 Evan was extra excited for this road trip. He's always ready for an adventure and is absolutely loving all the extra people on hand for playing and reading and sharing their touchscreen devices. Ahead of time he could list the people we were going to see. In fact, a couple weeks ago, when I took him out shopping with me, he told me that after the grocery store, he wanted to go see Mimi, Granpa, Ashley, Louise and Bethany. He was disappointed when I explained we couldn't go that day--especially considering those folks live in three different states--but mulled over my promise that we would see them "very soon." He's since suddenly started using the phrase "right now" and I imagine Matt and I will be hearing it a lot when we say things like "just a minute." 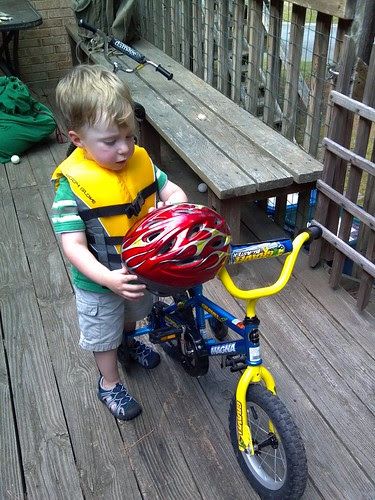 Evan doesn't easily accept our authority on things like when it would be appropriate to play golf, ride bikes or go swimming. These are things he's been obsessed with doing lately and asks to go do them repeatedly--even when it's ridiculously hot outside, he's not particularly fond of riding his bike for long, and we don't have regular access to a pool. Ever the independent thinker, he counts past 5 in his own way, usually switching 7 and 8, skipping 9 and throwing 14 in there for good measure. And there's no convincing him that this is "incorrect." Honestly, we don't try to hard to persuade him because it's pretty hilarious. By this age, Tobin was singing and saying the alphabet song and writing his name. Evan prefers to correctly identify all the letters on Matt's Kentucky T-shirt and loves to draw his favorite letter over and over: a "T/Tobin/turtle." 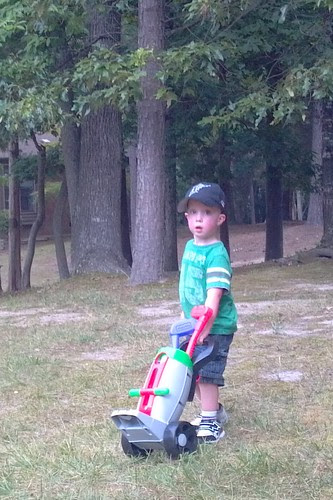 Today as we celebrate our baby boy, I'm filled with gratitude and wonder at the wild and wonderful little person he is. His enthusiasm for life is indeed unmatched and I'm so thankful that I get to mother him along this great adventure. 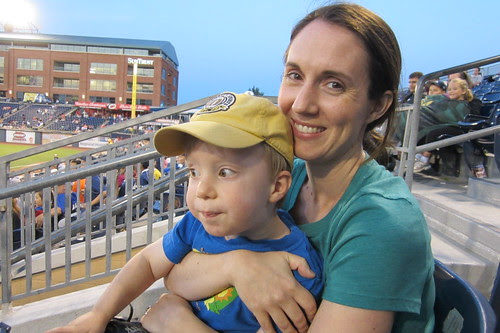