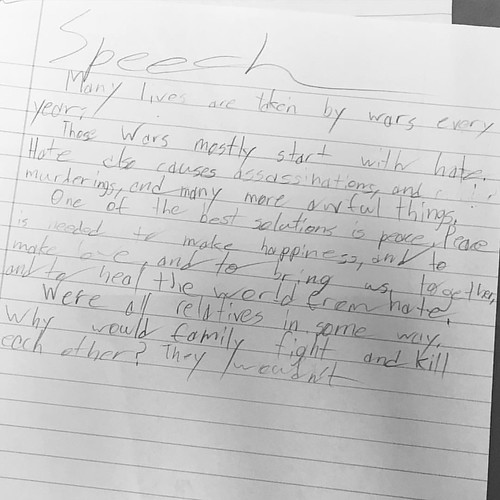 Tobin had a tough decision to make last night. His school class was having a special family night, presenting their Civil Rights projects they had been working on for the last few weeks. But he also had a baseball game scheduled. He went back and forth, but ultimately settled on the school event. I know it was a difficult choice, but Matt and I felt whatever choice he made would be the right one. Above is the speech he wrote. The class spent time talking about using "voice" to effect positive change. I'm really grateful for Tobin's class community and the thoughtful lesson plans of his teacher and--in this case--student teacher. I'm also thankful that he loves baseball and takes seriously his commitment to his team. Although he experienced some stress picking between school and the game, I'm thankful he had both opportunites. (And we kinda lucked out because the baseball game got suspended due to weather.)
Posted by allison at 1:13 PM