We've had a stretch of fun with creatures around the house lately. First is the spider in our kitchen window. For a few weeks, we've watched as a spider has spun her webs, caught bugs, then killed another spider. Shortly after it killed and wrapped up this spider, 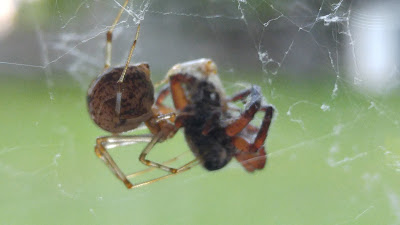 it started making an egg sac. We've since learned that what probably happened was the spider mated, consumed its mate, then used the energy from that to make the egg sac. In the mean time, other spiders have taken up residence in the same space. When we wash dishes, sometimes we can see the spider that made the sac "chase" the other, smaller spiders out of her territory. While I won't say I look forward to washing dishes, I have enjoyed checking in with our kitchen spider, and I'm excited to see what happens when the eggs hatch. 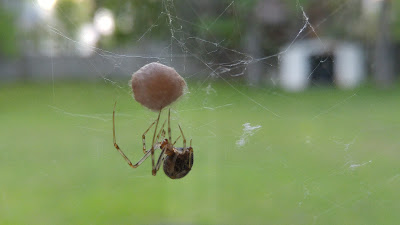 Even more fun was the tree frog that took up residence on our back storm door for a day. Allison "discovered" it on the door handle one morning after watering the garden. She touched it before she saw it, and--while I wasn't there to confirm--said that she yelled loud enough to alert the neighbors. 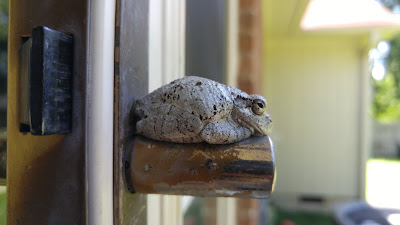 It stayed on the door handle for the better part of 12 hours. The kids got to see it when they got home (Lauren even unwittingly "discovered" it with her hands first, too). That night while Allison and I watched a little TV, the frog stared through the screen into the house. 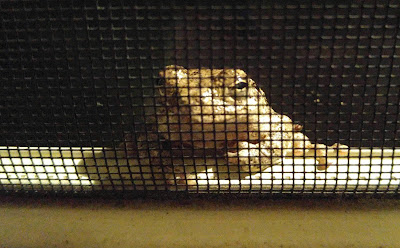 We continue to collect and mount the cooler bugs we find around the house, like this one: 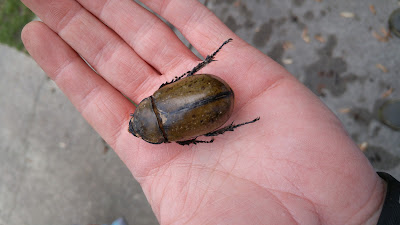 We have great conversations about the animals in the neighborhood (deer, rabbits, vultures, hawks, snakes, raccoons, coyotes, foxes, etc.). I'm especially aware of how thankful I am for inquisitive kids. And I'm thankful we live in a place filled with readily recognizable birds and animals that allow us to share our wonder at the world.
Posted by matt at 8:45 PM