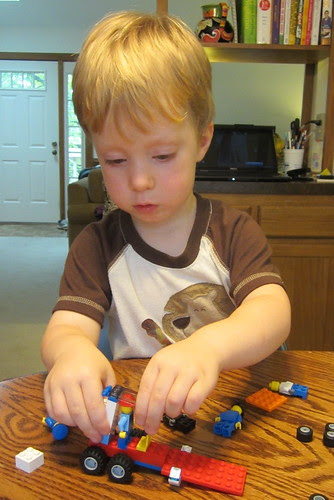 We finished Evan's thirty-ninth month with a fun long-weekend visit from Mimi and Granpa. All three kids love their grandparents but Ev takes the prize for grandparent-enthusiast-in-chief. He was still lamenting that he didn't get to fly back to Florida with Mimi on her visit just a month ago, so he was super excited when Mimi flew back into town this past Thursday with Granpa in tow, no less! You see when Mimi comes to see us several times a year, it's usually without Granpa, who stays behind to work. But this time, Granpa was able to combine a work conference at a nearby seminary with some extra time off. That's a good thing, not only because we got to spend time with Granpa too, but also because Mimi didn't have to answer Evan's constant queries about Granpa's whereabouts. Ev's an especially big fan of Granpa. This visit he frequently remarked on his 6'3" height, asking, "You're tall bigger, Granpa?" He also cheered heartily when Granpa got three holes-in-one playing mini golf today: "Granpa wins!" 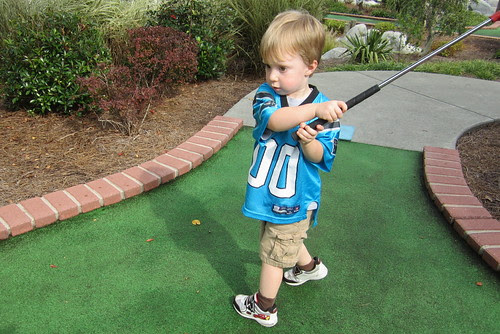 One thing Mimi noted about Evan this time is how much clearer he's talking since her visit last month. It's true. He's speaking especially distinctly lately and cracking us up all the while. Here's a selection.


"I pooped in my underwear at the train house in the store book." (Recalling an instance when he got extra, um, distracted while playing trains at the book store.)

"Oh Mom, my mouth feels better!" (After throwing up in the car on the way home from school, he promptly fell asleep soiled in his own vomit. Poor sweet strep-stricken baby.)

"I'm gonna throw up my tooth in the car today!" (Mixing up exciting/inauspicious events of last week: his strep throat and Tobin's tooth fairy visit.)

"Lauren's my baby sister, and I'm a big brother boy!"

So yes, last week Evan had strep throat. He was actually sick with it most the week before I finally took him into the doctor, expecting her to diagnose an ear infection. I waited to take him in partly because he was such a trooper, acting sick only sporadically with a fever that came and went. Plus he was sleeping just fine at night. When he started favoring his left ear and telling me it hurt, I knew it was time to check it out. Turns out his ears were fine but he tested positive for strep. Once he started antibiotics, he rebounded quickly and he seems to remember last week mostly as some kind of an adventure. He threw up in the car one day, but afterward he got to come home and take a bubble bath. He's since been asking for a bubble bath most mornings after we get home from dropping Tobin off. He also likes "resting" on the couch snuggled up in a blanket, except that he only stays put for about 45 seconds now that he's feeling better. He sucked down each dose of antibiotics with gusto. I fret a bit that tomorrow he's going to be disappointed when I tell him his medicine is all gone. And of course, he wants to know when he gets to go back to the doctor and get a sticker. Hopefully not anytime soon, kiddo. 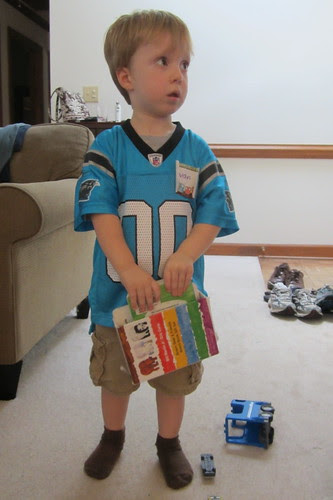