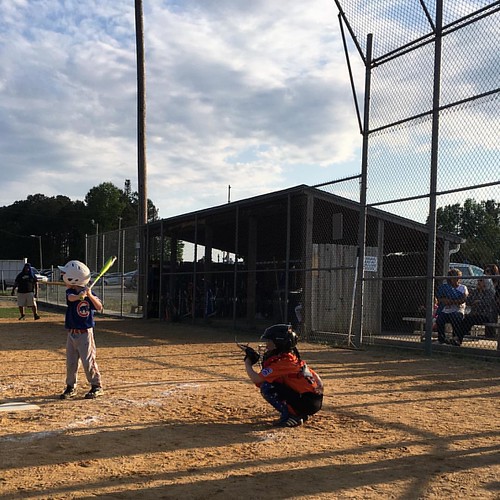 My daily 12:34 alarm went off as I was en route to the ball park. Incredibly, because of rain-outs, I hadn't been there since last Saturday. Today was our little league's annual fundraiser, Battle of the Bats, so we had two games plus two Battle of the Bats 10-pitch at-bats. All of that meant I arrived at the field at 12:30 and didn't leave until 8:15. I'm tired and thankful. I got to watch both boys win their games. Tobin almost turned a double-play at third. Evan, on the third try, threw a force-out at home while playing pitcher. I love watching them play, how engaged and kind their coaches are, and each boys' persistence in trying to do what they've been coached to do.
Posted by allison at 10:12 PM